International Symposium “Forced Labor in Serbia 1941-1944: Historical Contextualization and Topography of Remembrance”, was held on Friday, October 20th, at the gallery of the Jewish Municipality of Belgrade. Study visit to the Bor mine and related locations where during the Second World War there was one of the largest camps for forced labor in South East Europe, was held the following day. The goal of this two-day event, supported by the EVZ Stiftung, was to highlight the period in which slave labor exploitation, which often ended with the death of the exploited, was an integral part of the economic policy of the Third Reich and its allies.

Apart from general reflection on the issue of forced labor in Serbia between 1941 and 1944, during the first day of the program, exhibitors from Serbia and abroad have discussed the role of collaborators, the Holocaust, Sajmiste and organization TODT camps in Belgrade, forced laborers from Serbia and Yugoslavia in Germany and Norway, as well as their post-war repatriation. The work of Voestalpine Museum from Linz, (voestalpine.com/zeitgeschichte/en/Museum), whose permanent exhibit is dedicated to forced labor and the project “Forced Labor 1939-1945”, Memory and History” (www.zwangsarbeit-archiv.de/en) was presented at the panel, which, in addition to historical data, contains a rich archive of interviews with survivors, as well as educational materials for high schools.

During the second day, a visit to Bor and the surrounding area was organized, at the sites where during the Second World War there was a complex of forced labor camps engaged in the strip and pit copper mining. Several tens of thousands of detainees (Jews, prisoners of war, Greeks, Poles, Italians, members of the resistance movement and others) have passed through its’ 33 sub-camps, as have the subjects of the “National Labor Service”, serving both German and domestic economic needs. Guided by the local experts, participants have visited some of the sub-camp sites, as well as locations where forced laborers were used.

The project “Producers, Consumers and Consequences of Forced Labour - Serbia 1941-1944” aims to illuminate some of the important aspects of the period 1941-1944, when Serbia under German occupation was at the same time the producer and consumer of forced labour. The project is being implemented by the Center for Holocaust Research and Education in partnership with Humboldt University.

The project team is working  to advance the basic knowledge that is apparently lacking in Serbia and understanding of the subject through accessible and engaging formats - producing the first website focused on wartime labor in Serbia with project thesis, research findings, documents and positions. With two public symposiums, two study visits to the sites of forced labour, and a printed scientific publication in Serbian and German editions, with e-book in English.

In order to accomplish its goals, the project team is independently researching archival records in Serbia and Germany on key historical actors, locations and narratives, as it is performing a comparative analysis of existing literature enabling comprehensive socio-economic analysis by dedicated experts in each field. The team is including the archival material on the subject that was only recently made available for research, and expects to effect measurable progress in the field.

Forced labour in Serbia during the second World War

The project aims to elucidate some important aspects of the 1941-1944 period, when the German-occuppied Serbia under German occupation was both the producer and the consumer of forced labour. The project team intends to advance the understanding of the subject through archival research of records on key historical actors, locations and narratives, comparative analysis of existing literature as well as a comprehensive socio-economic analysis. The team intends to shape the ensuing knowledge into accessible and engaging formats and actively promote factual, critical thinking on forced labour and its characteristics in today’s Serbia and abroad. The project team believes that the analysis of this aspect of National Socialism is relevant and necessary, especially in places in which the fall of communist regimes was followed by drastic economic and social changes that have produced new social and work relations and new forms of work force exploitation.

The project aims to engage and expand the already existing core audience of interested historians, journalists, students, educators, human-rights activists, artists and researchers by providing a permanent online learning platform, as well as to promote the issue in an active, engaging forum for lectures, discussions and development. We also intend to produce a comprehensive publication, in both printed and e-book form.

In 1941, the Nazis established their occupation regime in Serbia,one of the principal aims of which was the exploitation of the natural resources and the workforce. The main actors of this process were the Military Commander in Serbia and his staff, the Plenipotentiary for economic affairs in Serbia and his staff, the TODT organization, as well as the Milan Nedić quisling government. For this reason, the project will encompass the principal aspects of forced labour in Serbia during WWII:

Forced labour and the Holocaust. In 1941, forced labour for Jews was introduced and perpetuated until the start of the physical destruction of the Serbian Jewish population in the autumn of the same year. They were forced to clear Belgrade and other cities of the rubble from the German bombing of April that year, to work in train stations and the river port loading and unloading goods, to repair damaged sewage systems; but also to work for the private needs of the German and quisling officers;

Quisling Serbia and forced labour. In March 1942, the Milan Nedić government, hand in hand with the German occupation authorities, introduced the “National Labour Service”, a forced-labour-based service for all men between ages17 and45. By the end of the war, about 40,000 men were recruited and used in many fields of the Serbian quisling economy system.

The copper mines/camp system in Bor. The German exploitation system in Serbia used forced labour mainly in mining. As many as about 30,000 men worked in the Bor mine alone, one of the key copper mines of the Third Reich industry. They were interned in barracks around the mines. Among them were about 6,000 Hungarian Jews (killed in 1944 in a death march) and a significant number of Soviet, Italian and other prisoners of war.

Deportations of forced labourers from Serbia to the Third Reich. The Sajmište concentration camp in Belgrade was the main transit point for all forced workers sent into the Third Reich from the Balkans. Many of them never returned. A larger number of Serbian peasants, as well as prisoners of war passed through the camp in which dreadful living conditions, daily abuse and retaliations caused the death of about 10,600 of a total of32,000 internees. A number of them were also used as forced workers in Serbia.

German natives and forced labour. In the region of Banat, the German natives (the Volksdeutsche) had their own administration and police force which acted independently from the Military commander in Serbia using Jews as forced labourers until their expulsion (August 1941); from spring 1942, they forced other civilians (mainly Serbian) to engage in agricultural production for their own needs and those of the Third Reich.

Forced labour in the collective memory and the condition of commemorative heritage sites –the issue of education. In socialist Yugoslavia, as well as in today’s Serbia, the topic of forced labour figures only very rarely, if at all in historiography and public memory. The forced labour sites have never become the focus of education and random onsite commemoration has largely been neglected. The project team does not regard this state of affairs as accidental and will analyse the post-war history of education in order to offer comprehensive content along with recommendations and possible solutions for the government, international and NGO actors in the field of Holocaust and Totalitarianism education and commemoration. 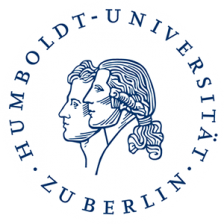