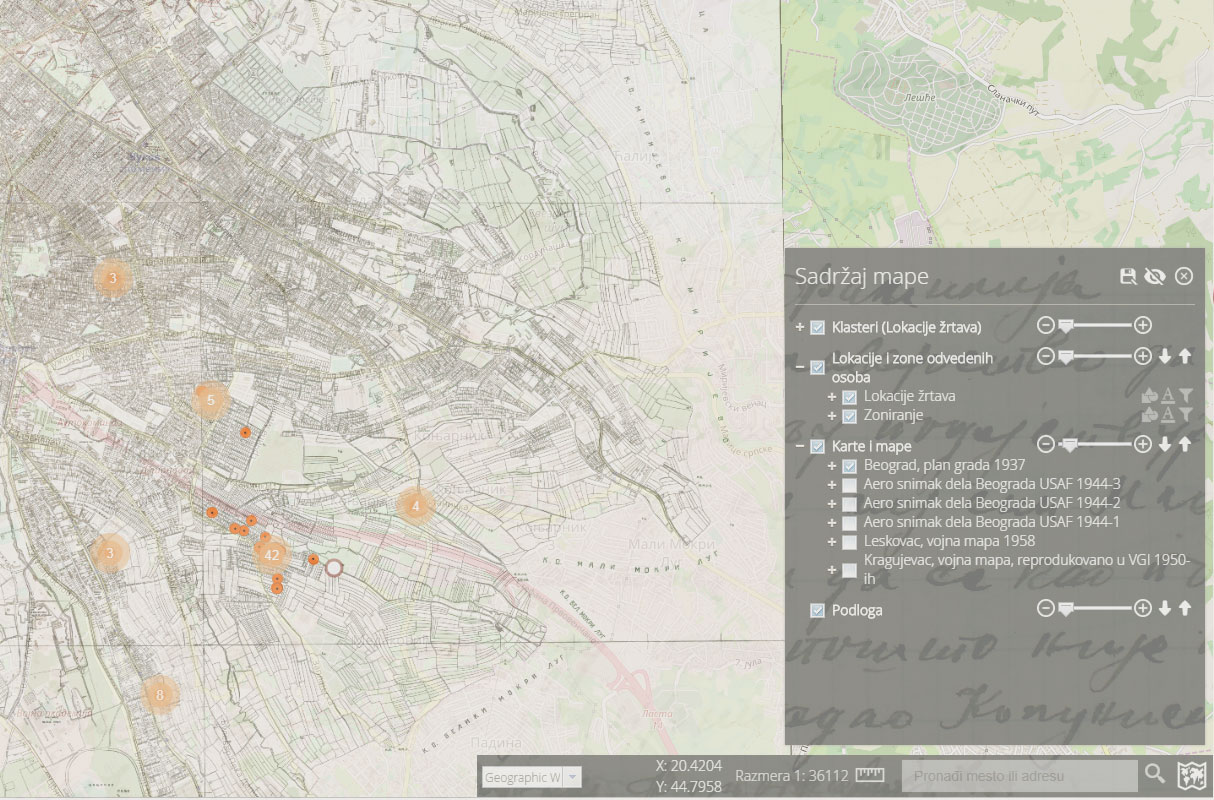 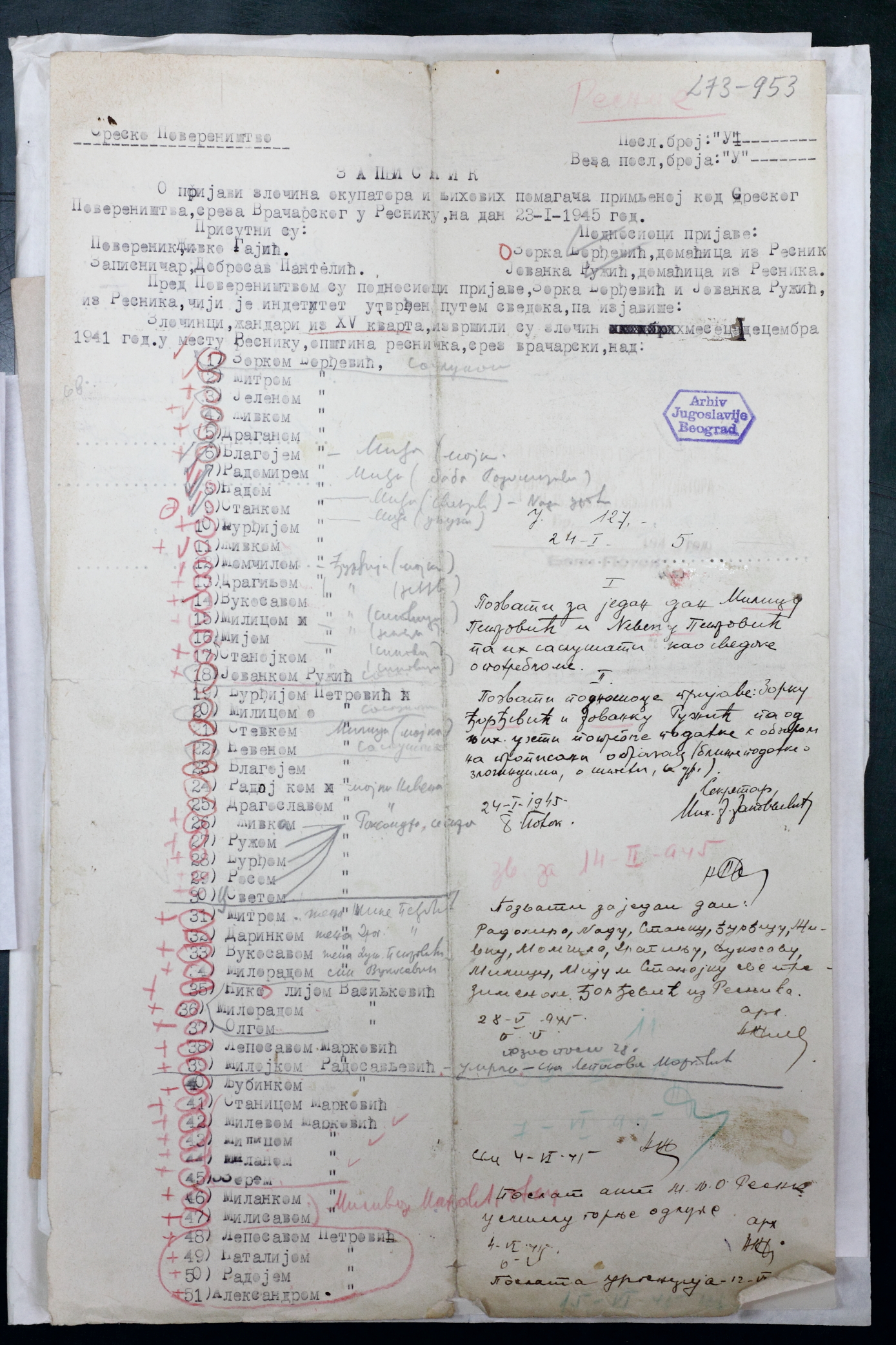 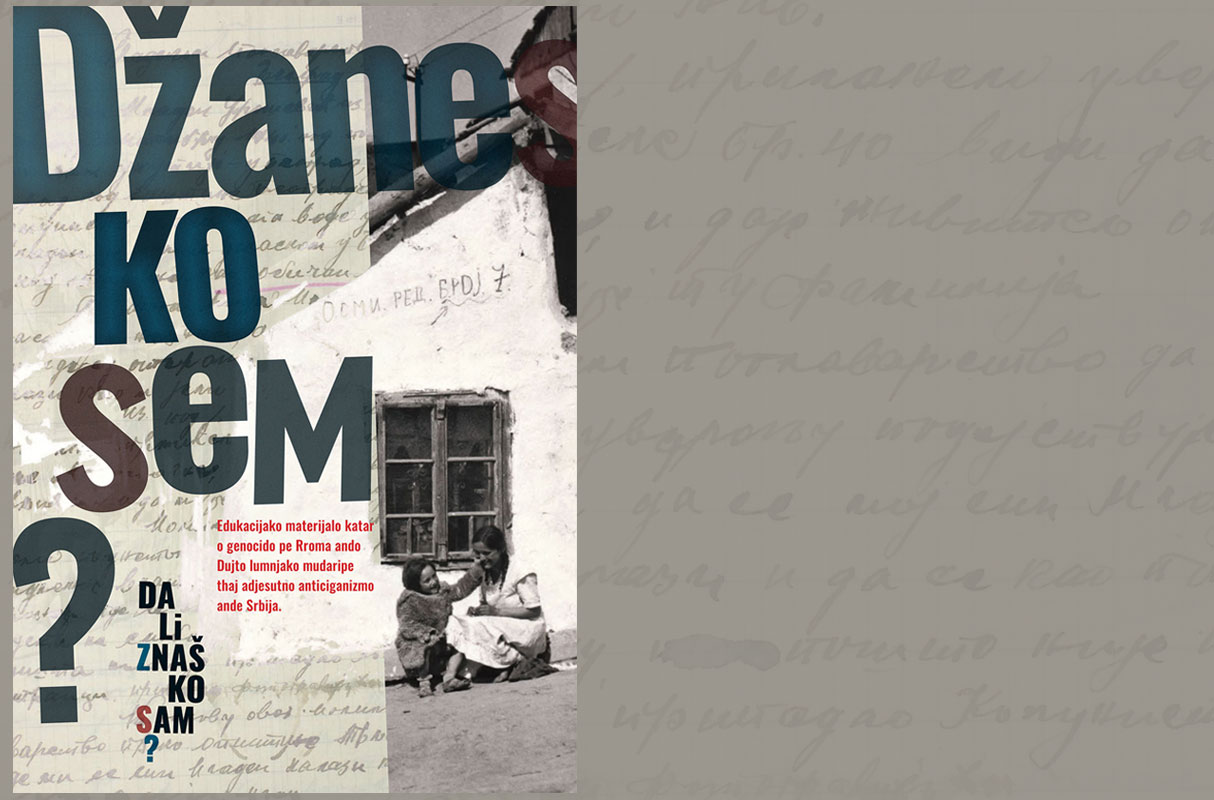 "Do you know who I am?" is a publication with additional linked content, for use in classroom and informal education. 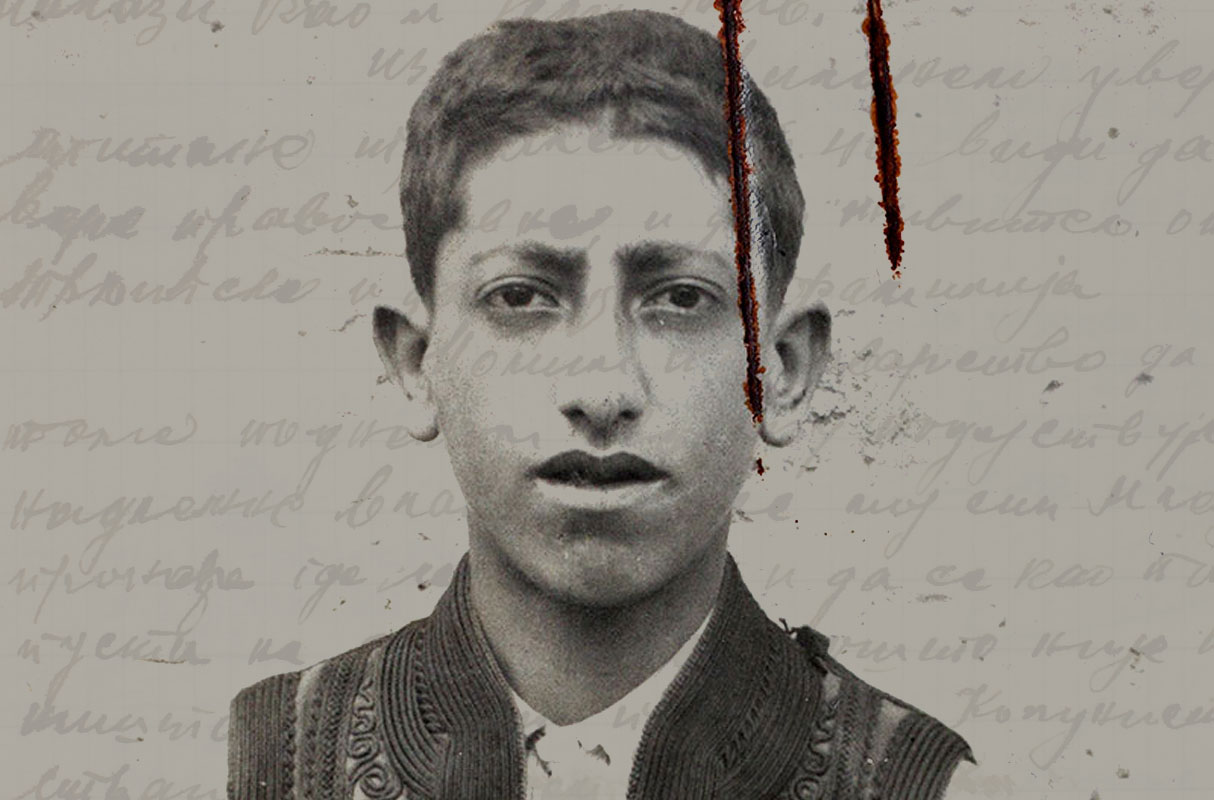 Learn more
"Remaining in hope" - the case of Mladen Urošević 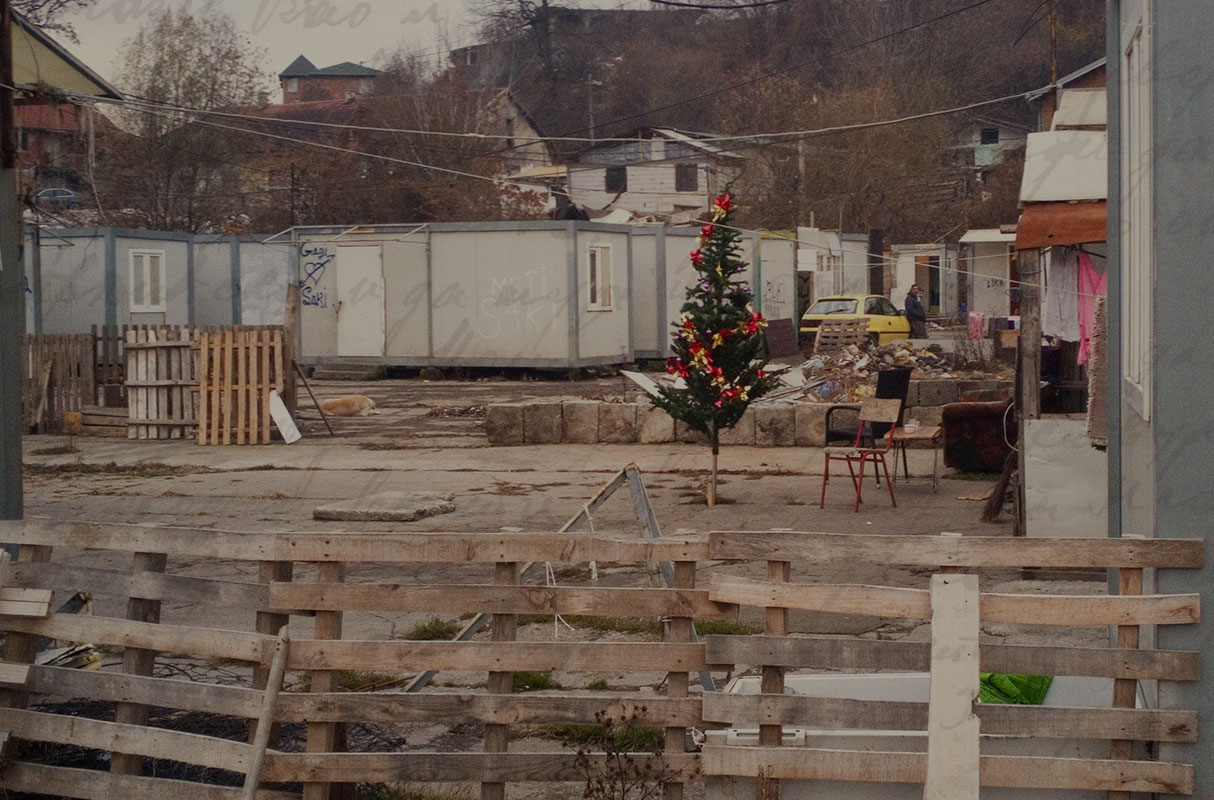 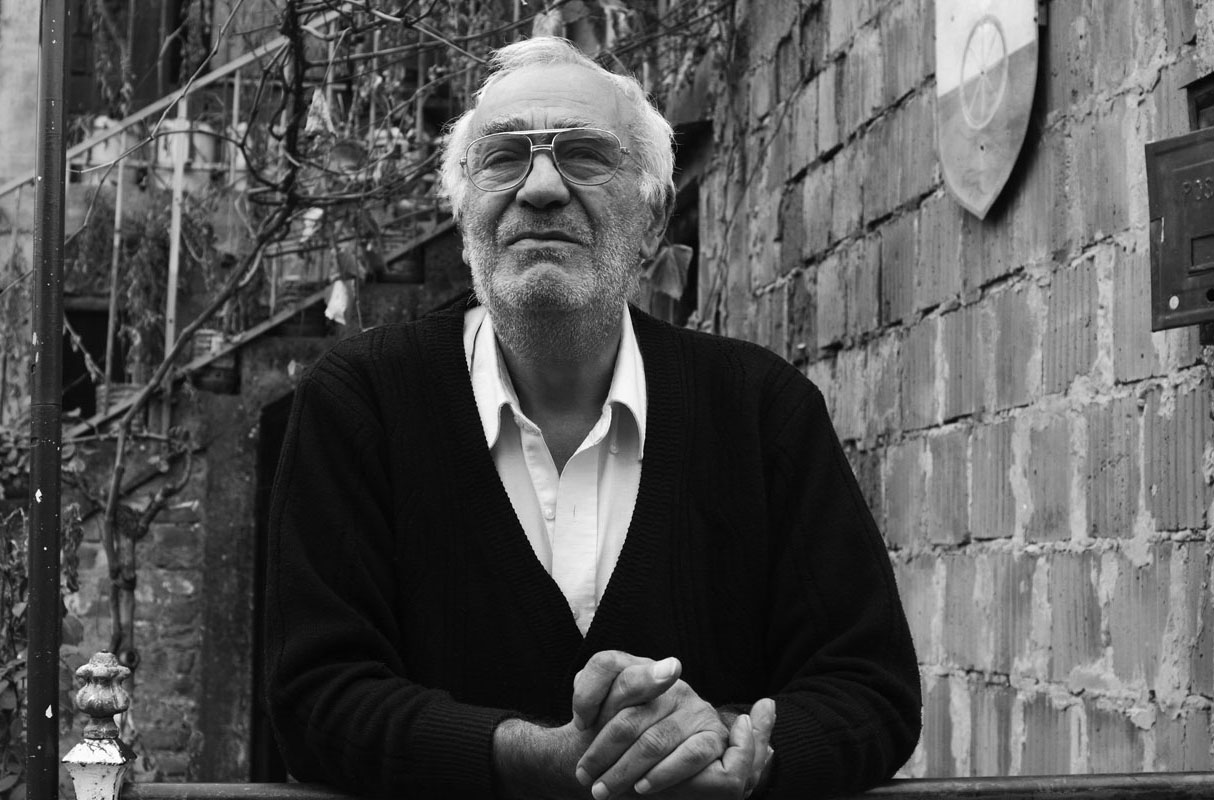 In the contemporary war, where the victims are mainly civilian, and genocide is accepted part of the political methodology, have the World War Two, the Holocaust and the genocide of the Roma as the point of origin of all modern ultra-nationalism and racism. Among the victims of that war, the historiographies of the Balkan nations are mostly engaged in embracing their own, majority-nation victims. After the wars of the 1990s, a re-focusing of the narrative onto the Holocaust and the suffering of the minorities has brought about not only the recognition of similarities of civilian experience between the majority and minority but also the changes in methodology and the perception of history. The civilian point of view, the word of the witnesses and personal narratives have influenced the course of public, collective memory, as well as the role of the official historiography. Scientific papers based on the archival research are more than just the product of archives' availability and openness, the institutional and state priorities. In many cases, the private testimonies have surfaced from the same archival fonds already used by historians for decades. Private narratives have grown to from being the raw material in confirmation of the thesis to a voice of people's memory, a parallel telling of history, rich in detail and narrative texture.

In this website, with the help of the mapping of the testimonies, victims and witness databases, as in the educational publication "Dzanes ko sem? (How do you know who I am?)" all parts of the project "Porajmos in Serbia - mapping the past, changing the present", we have attempted to connect the archived testimonies with the locations where the Roma lived, from which they were taken away, and those where the crimes of the Nazis and collaborationists were committed. We believe that these sites, even as they now are, altered or erased, subjected to constant change, are still capable of carrying the history, and can still become an instrument for the introduction with the Roma people, their culture, a mean to confront still, ever-present prejudice and discrimination. We hope that the history of the crimes of Porajmos/Samudaripen will become a part of a recognized historical consensus, as well as the permanent and compulsory education in Serbia. Also, we believe that the right of minorities on their own interpretation of history is equal to the right to own culture and language, and that, with materials on this site, we have contributed toward that goal.

The first database of Roma victims of Porajmos/Samudaripen in Serbia for Belgrade, Kragujevac and Leskovac, based on the fond 110-The State Commission for the Establishment of Crimes of the Occupiers and Their Abettors of the Archive of Yugoslavia in Belgrade.

The interactive geo-referenced maps of Belgrade, Kragujevac and Leskovac are showing the locations from the depositions of the commission,by neighbourhoods and addresses on historical as well as contemporary maps nad aerial photographs.The places of special importance for the events and the lives of the victims, such as the neighbourhoods, the camps, and the killing sites are highlighted. This content is the subject of the ongoing work is related to our previous work on the project "Killing sites", and also with earlier initiatives related to the camps in Belgrade.

Publication "Dzanes ko sem? (How do you know who I am?)" is aimed at high-schools as a "supplementary workbook" not limited to learning about the history of discrimination and persecution of the Roma minority, but is a vehicle for the introduction of majority with the basics on Roma culture, art and general history.Nevertheless, the tragedy of wartime persecution under the occupiers and the collaborationist goverment is holding the central place, as the basis for understanding of the prejudice and discrimination, which are also the subject of this publication. In this publication, methods of Anti Defamation League - ADL  and USC Shoah Foundation were adapted and applied. The active links were used with QR codes throughout, making the additional content available. The publication has 72 pages and is available on our site in Roma, Serbian and English languages.

Center for Holocaust Research and Education had conceived and with the cooperation from the association Romanipen from Kragujevac and organization forum ZfD realized the project, with the kind support of International Holocaust Remembrance Alliance - IHRA, forum ZfD and the Ministry of Culture and Information of the Republic of Serbia. The project was greatly helped by the work and expertise of: Technology partner - GDI Belgrade, Military Geographic Institute, Museum of the City of Belgrade, Historical Archive of Belgrade, Archive of Yugoslavia, Dina design, Contrateam.

* All parts of this website and project are the intellectual property of their authors, partner organizations and companies whose software and licenses and are used on the website, and as such enjoy the legal protection, so no third party can use them without the explicit permission of the authors. (This relates in particular to the concepts, methods and structural elements of the website, map, exhibitions, texts, and visual materials, but is not limited to, and does not exclude other derivatives and authors rights associated with them.) The use of the publication is governed by the Creative Commons license stated on the publication which is free to download.