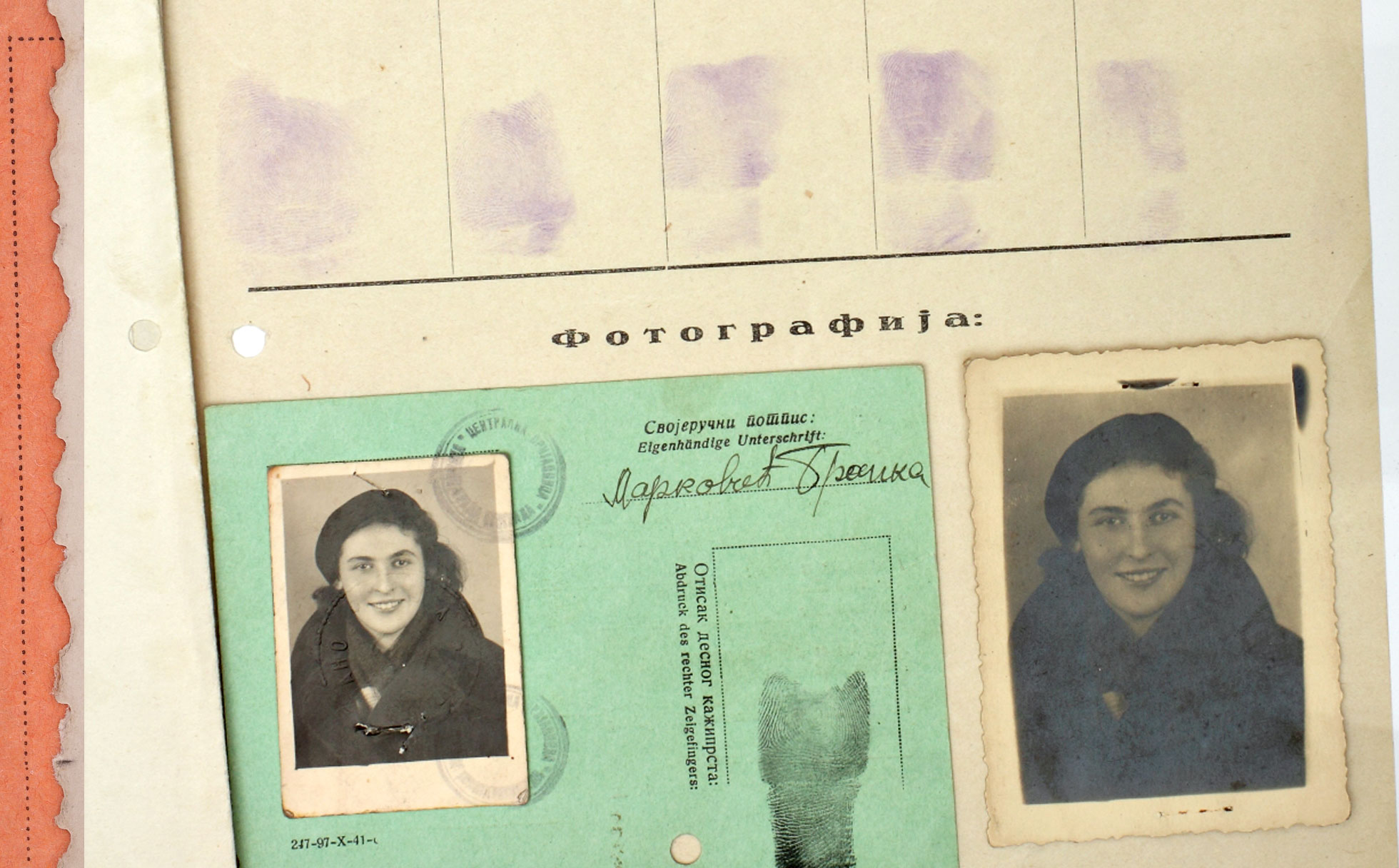 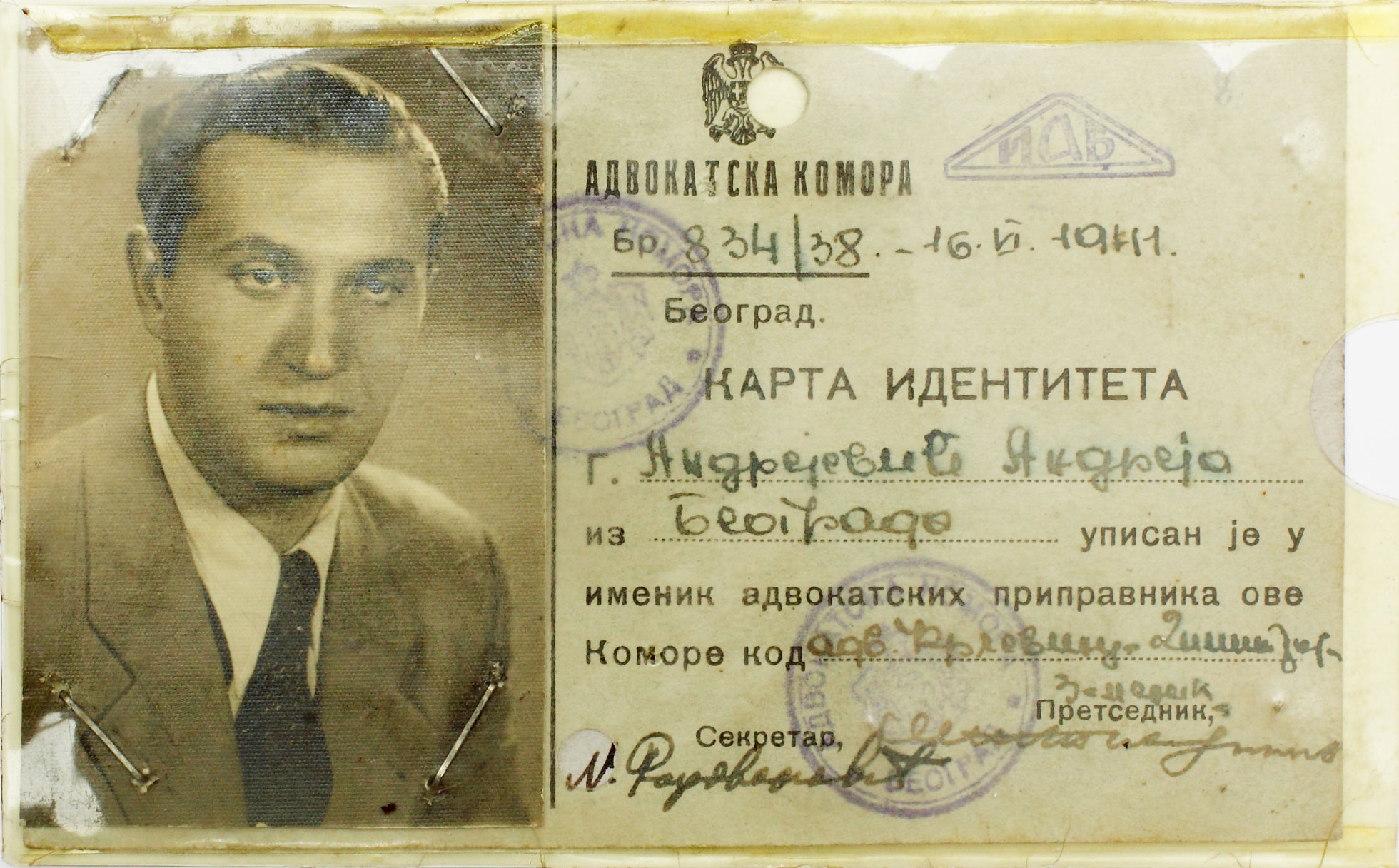 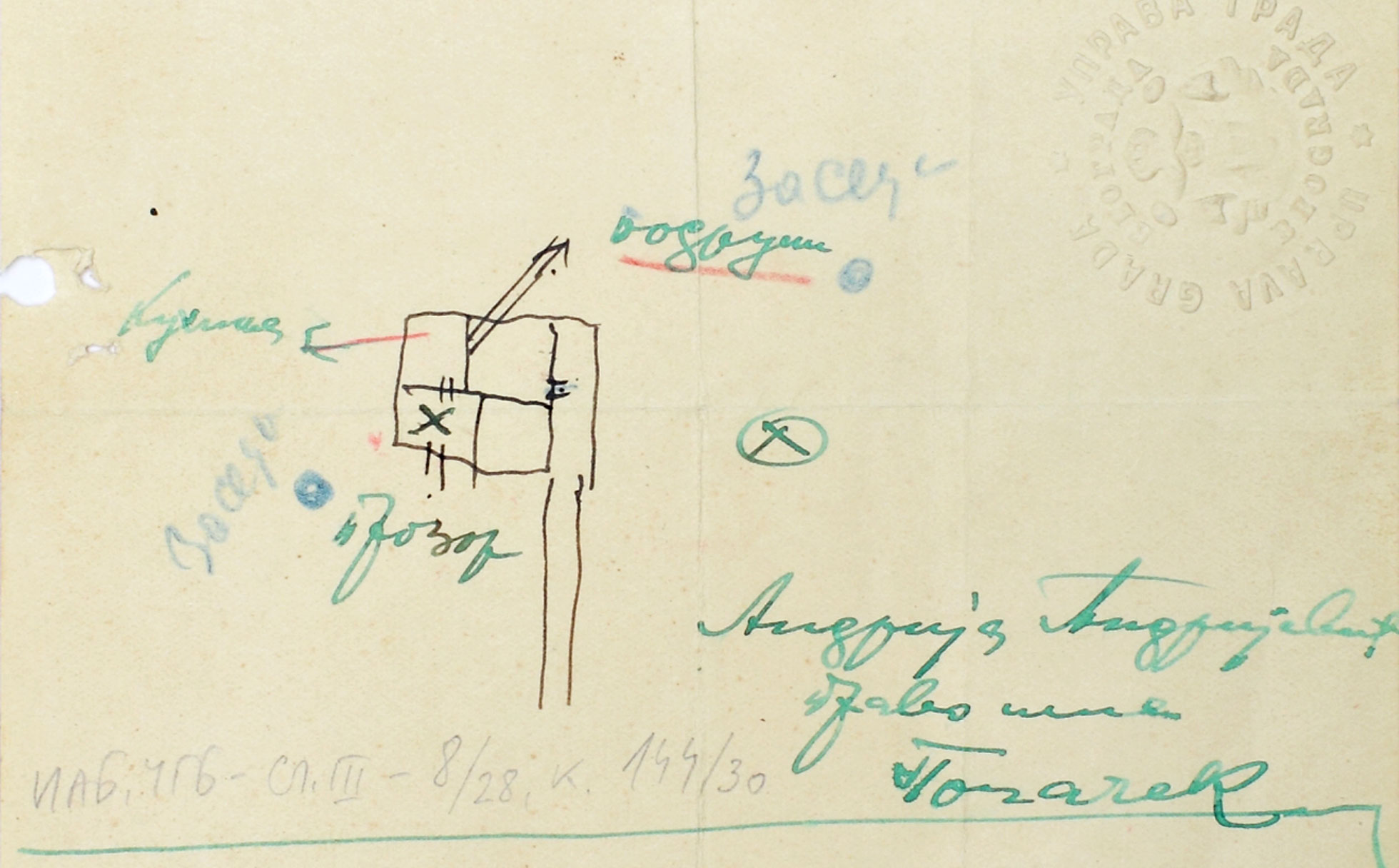 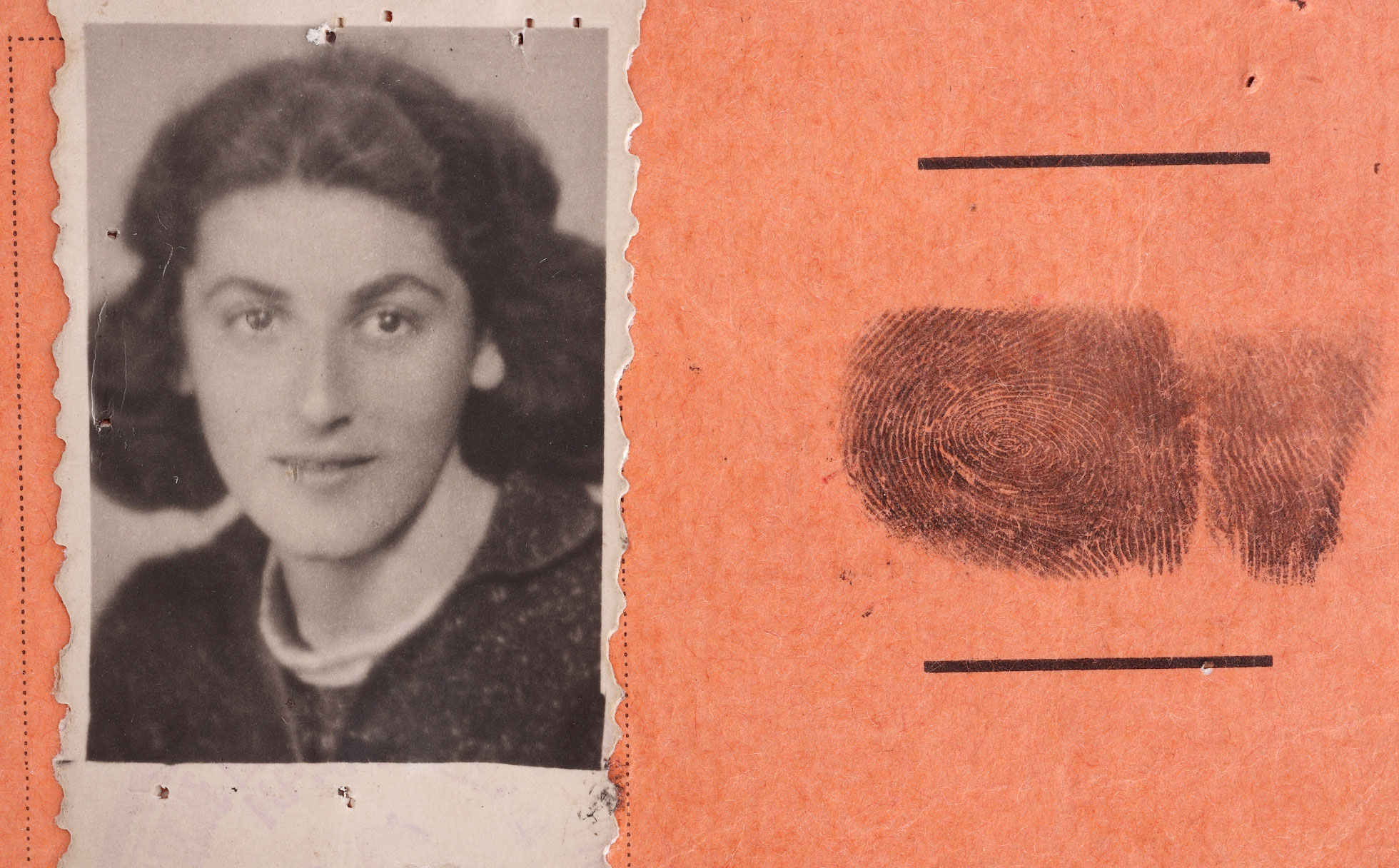 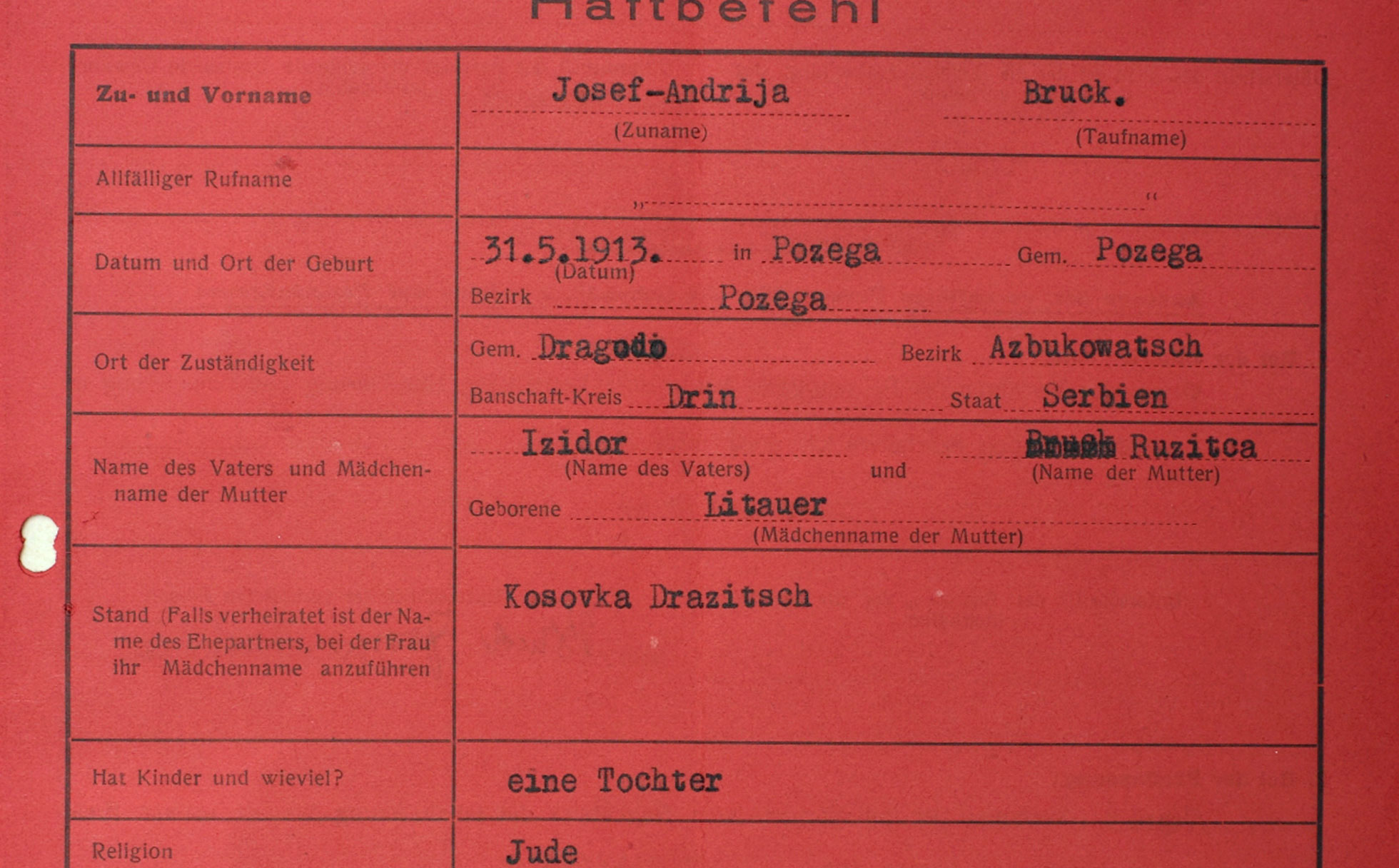 Until the last one. Quisling authorities and the Holocaust victims in occupied Serbia

On this site, you can access a collection of primary historical resources systematized for use in research and education. The site contains: A database of persons brought in for questioning on the grounds of the Jewish origin or connected to the Jews, a selection of records of interrogations and the related documents of the special police and other parts of the collaborative and occupying apparatus, as well as the map of the city of Belgrade to the victims' locations mentioned in the records. An interactive map offers the possibility of a comparative analysis of the city's pre-war and modern city planes, airborne photographs of the war period and satellite images. This geo-information system, on the platform of technology partner GDI Solutions d.o.o., is the basis for further work on the geographical display of the history of the Jewish community before the war, the phase of its destruction during the Holocaust, and post-war reconstruction and status of sites of historical importance.

The "Map of the living" is constantly being updated, and CHRE is calling upon the of the victims' descendants and communities, historians and archives to contribute the documents containing the names and addresses of residence and/or hiding of victims and survivors.

On the role of the special police

The police apparatus in the Kingdom of Yugoslavia was in a gradual but constant process of approaching the positions of German national-socialism since 1937 when some of the earliest preserved documents on the monitoring of Jewish organizations began to appear. Under the leadership of Dragi Jovanovic, before the April war, a special police unit for Jews was formed. Under the occupation, this, the 4th Special Police Division would continue to work as an integral part of the occupational-collaborative security and repressive apparatus. From the very beginning of the Holocaust in Serbia, the police force of the Belgrade City Administration assisted the occupiers with quick and efficient work on mass seizures, as well as individual investigations, arrests, and intelligence work. After the destruction of the Jews and the change of the camp population at Sajmište, in June 1942, the Occupying German authorities, and the increasingly quisling government of Milan Nedic have commenced a new phase of persecution of Jews in Serbia. Police investigations and hunt for surviving Jews and those who hide them, along with intelligence and propaganda activity, have created a permanent, abstract "Jewish threat" and an excuse for all the failures of the quisling apparatus out of the already destroyed Jewish community. At the stage of relative normalization of life in Serbia and the consolidation of the regime, the erasure of the few remaining survivors of mass destruction was brutal and effective. This phase of persecution has left behind rich archival material, in the form of police files, photographs, personal documents and records from the hearings of the captured Jews, as well as the citizens of Serbia who tried to help them. This material, mainly related to Belgrade and the police for Jews under the administration of the city led by Dragi Jovanovic, shows the thoroughness of the quislings in pursuit of the Holocaust, the trust of the German authorities and the broad freedom of action they were given.

We believe that, in the current political climate, where public opinion and state factors have been oscillating for years between support for the Holocaust education and support for the rehabilitation of war criminals, on the backdrop of growing support for the defamation, relativization and denial of the Holocaust and other genocides, the professional historical public, and the communities of victims must take the stand that creates the basis for a permanent, historical, factual education on all aspects of history, including the suffering, but also the history of life and cultural heritage. In this context, the history of the Holocaust is, to us, part of the history of life, which through its interrupted existence and work, is defined by the lives of the victims, and not by the ideology of the perpetrators and those who rehabilitate them today. We believe that every trace, letter, word, and testimony, even the one given under duress, reveals parts of life and has its place in the field of history and culture today. We believe that this position is the basis for the future of the participation of the Jewish community in the cultural and educational life of the nationally homogeneous majority of our country. Together with this majority, the communities should prepare for the changes in the coming period of education - as the lives of the generation of the Holocaust witnesses are coming to a close, the struggle for historical truth is already taking place, primarily in the media, but also in the legal and educational realms.

The archival research (comparative search of multiple archives and databases) has been conducted, the documents and statements of victims and witnesses, as well as the minutes of the quisling Police Directorate of the Belgrade City Administration, were located, investigated, processed, and recorded for use in the second phase of the project and further. Hundreds of records files, minutes, and other documents were collected, documenting the cases of Jews who were mostly hiding under double identities individually reported and arrested from the autumn of 1941 to autumn 1943 by the IV Special Police Department for Jews, on Gestapo orders, as well as independently. The funds of the Historical Archives of the City of Belgrade IAB-UGB-SP, the Archive of Yugoslavia (110-385), Jewish Historical Museum in Belgrade, as well as the previously published historical works, were used, primarily those of Branislav Božović and Muharem Kreso. Also, the cases uncovered by the interviews and field research, which are not yet supported by archival findings were nevertheless taken into account and investigated.

The dramaturgy of the "involuntary testimonies"

The records of the interrogations and their accompanying documents are revealing more than the victims' basic information - they show their identities, locations and the manner of arrest. The records also show the details of the circumstances in which the Jews have tried to survive and save not just themselves and their families, but also to preserve their dignity, personality and the position in society. Many were recognized, denunciated on, and arrested because of these very attempts to normalize their lives - obtain documents, find work, change a place of residence, help their relatives and friends, as well as other Jews with whom they weren't previously connected.

The records seem to be, from a dramaturgist point of view, dialogues, but the kind in which only one of the sides in the "conversation" has been recorded. Such "involuntary testimonies" that the victims of the special police and the Nazis have left behind, represent the speech as the last remaining mean of protection of their next of kin, and self-protection in the face of interrogators. Hidden in plain sight among the records and case files, are other characters, unseen yet present outside the interrogation room - the neighbors, relatives, the communists, the informants, employers, business partners, landlords, Chetniks, German police, as well as other, civil authorities. Through the speech of the interrogated, a voice of the lives of their entire families is heard clearly, as is the case with these often last recorded and preserved accounts. In many cases, these are the biographies of lives lived in peace, but also of those spent in the service of Serbia, and which have recorded the tragic history of a generation of Serbian Jews that was bound and scarred by both world wars.

Selected cases of persons interrogated by III and IV dept. of special police of the City of Belgrade Authority 1941-1944

From the fonds of Historical Archives of Belgrade

Selected statements of the persons interrogated for their Jewish nationality or in connection with Jews by the special police department for Jews, contains transcripts of the statements of the persons brought in for questioning, accompanying documents, letters and orders, reports and findings of the quisling authorities. The statements were frequently obtained through the use of force, blackmail, and torture which were kept off the record. Apart from Jews themselves, people brought in for questioning included their neighbors, officials who took part in selling the personal documents, as well as the righteous who helped the Jews, aware of the possible consequences.

The project is supported by

The project was realized with funds from the first cycle of program funding in the field of science, culture and education of the Federation of Jewish Communities of Serbia related to the Holocaust in Serbia, supported by the funds of the Republic of Serbia on the basis of the Law on Removing the Consequences of the Dispossession of the Property of the Holocaust victims without living legal successors. Additional funds were obtained through the kind support of the Westbury group. Technology partner: GDI Solutions d.o.o.

* All parts of this website and project represent the author's work and intellectual property of the author and as such, they enjoy legal protection and no one else can use them in any form or form without the explicit consent of the author. (This applies in particular to the concepts, methods, and elements of the web site structure, databases, maps, exhibitions, texts, and visual materials, but does not exclude all other derivatives and copyrights that derive from them.)